TANGENTIAL TRAVERSE : From Modern To Modernism In Bengal Art

TANGENTIAL TRAVERSE From Modern To Modernism In Bengal Art(7th Marc... 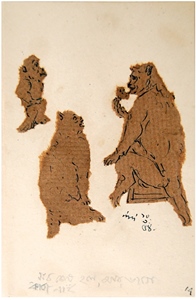 Nandalal Bose (1882–1966) to Badhan Das (1944–2000) – the works of the seventeen artists from Bengal, who have passed away in remote and recent past, are presented in this exhibition as a mark of tribute to these artists, whose contribution in building up the original identity of modern and modernist Indian art is immense. In a way the show is designed to follow the route they traversed in order to assimilate the tradition and temporal reality around them with global development of aesthetic wisdom.

Nandalal Bose, as is well known, is a towering personality, who took the mantle from his mentor Abanindranath Tagore (1871-1951) and extended a wide range of nationalist spirit churning from various sources of myths, classical and popular tradition ingrained in our civilization. The two of his works presented in this show executed during the later part of his life are very simple in form and within that simplicity they transpire the essential feature of that universality.

The second artist of this exhibition in order of chronology of appearance is Jamini Roy (1887–1972). Jamini Roy played a revolutionary role in devising the indigenous identity of our modernity. He was also trained in academic naturalism in Government Art School in Calcutta from1906 to 1914, and was a very skilled artist in this technique which helped him to have a substantial earning.

This exhibition presents four artists of 1940-s: Gobardhan Ash (1907-1996), Gopal Ghosh (1913-1980), Paritosh Sen (1918-2008) and Somnath Hore (1921-2006). The first three artists were members of Calcutta group (1943-1953). Somnath Hore was the representative of a different trend, where Marxist political movement played a dominant role and the artists expressed their anguish against the disintegrating reality.

There are two other artists in the show appearing in the field of creativity during 1940-s, belonging to the Santiniketan school of neo-Indian style. They are Sudhir Khastagir (1907-1974) and Indra Dugar (1918-). The purely neo-Indian forms are heightened towards a sublime sensibility.

The next phase of our modernity, rather modernism, was devised by the artists who appeared in the field of creativity during 1950-s and 1960-s. In the process of transition from colonial to post-colonial situation social reality changed a lot from the previous decades. Their voyage from local to global and assimilation of the two was very stable to build the original identity of Indian modernity. The paintings of five artists from 1950-s and 1960-s have been shown in this exhibition. BR Panesar (1927-2014) was the senior most among them though he appeared in the field of creativity latter. This statistician turned artist started with collage during 1970-s and the shifted to landscape painting during 1990-s. Bijan Chowdhury (1931-2012) was expressionist and folk-culturist in the same fold. His ‘fallen hero’ is the symbol of defeat of the struggling youth. He also used sculpturesque volume in delineating figures of folk and musical subjects as a means to achieve an indigenous identity. Ganesh Pyne (1937-2013) possessed a rare sensibility in expressing the mystic and mysterious darkness of inner consciousness through mythical symbolism, where the contradiction between death and germination of life very often turns out to be a central theme. Dharmanarayan Dasgupta (1939-1997) expressed a kind of fantasy through assimilation of dreamy environment of medieval miniatures and the ridicules contained in the Kalighat Pata paintings that yielded to posit an indigenous identity. Bikash Bhattacharya (1940-2006) shattered the naturalistic forms to bring out the tragic void contained in the post-colonial urban reality.

Badhan Das (1944-2000) was the last born among the painters whose works are presented in this show. He also died prematurely at the age of 56. During the last decade of his life he rose to the fame as an abstractionist with a very original identity.

Along with fourteen painters four sculptors have also been presented in this exhibition. Somnath Hore has appeared both with his painting, rather graphics and sculpture. The other three sculptors are: Meera Mukherjee (1923-1998), Ajit Chakraborty (1930-2005) and Sharbari Roy Chowdhury (1933-2012).

In modern Indian sculpture Ramkinkar was the pioneer who could assert global values in his works generating forms through assimilation of indigenous tradition, both primitive and classical, with Western modernist attitudes. After him Meera Mukherjee was the most important personality, who had deep commitment towards classical philosophy and existential conditions of the marginal people of our country. She integrated these values to find a sculptural form through modernist transformation of our folk and primitive sculptures. Somnath Hore bronze speaks volumes of the artists in  symbolizing eternal pain of existence.  Ajit Chakraborty and Sharbari Roy Chowdhury were students of Prodosh Dasgupta (1912-1991). They were important personalities among the second generation of sculptors. A classical sensibility extracted from European modernity played important role in their sculptures. From that stand point they extended themselves to absorb the contemporary values.

The exhibition can be viewed from 7th to 31st March, Monday to Saturday, 11 am to 7 pm excepting Sundays and is also available online at www.aakritiartgallery.com. 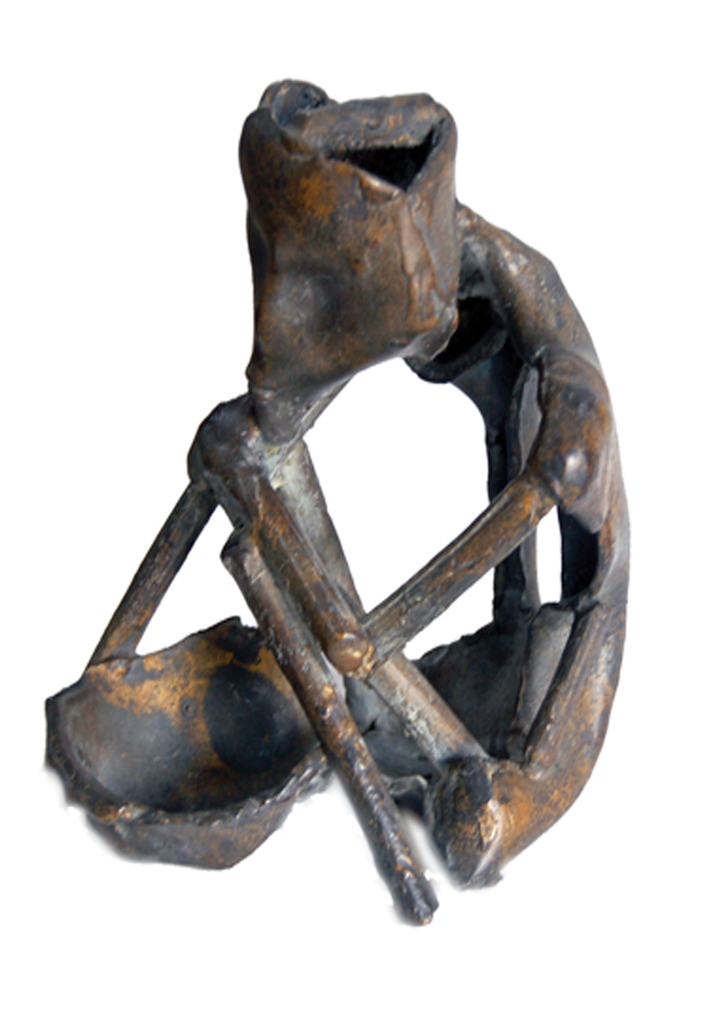 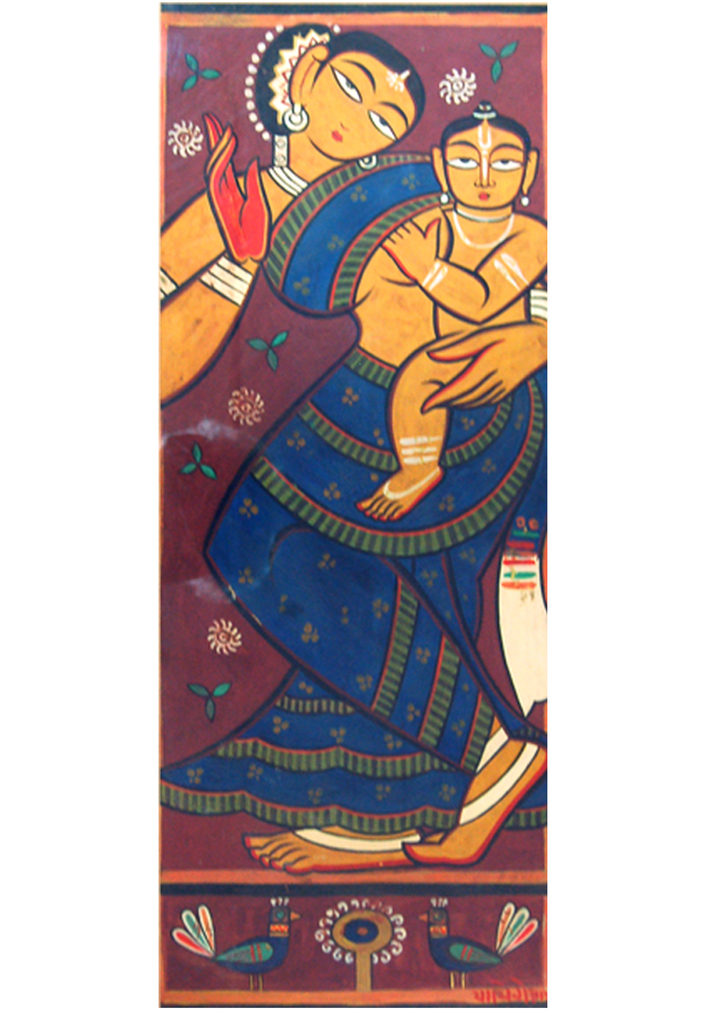