Whether art caters for indigenous identity is a debatable question. Particularly to-day in the age of globalization the concept of plurality is gradually decaying. Language if art is always universal. This is where visual art stands apart from other literal or auditory art. Visual art, therefore, generated more influence towards development of human civilization. Art of the primitive people or that of the Egypt or Mesopotamia has cast wide influence in the development of the art of succeeding civilizations. Despite such universality of language every person or community builds up his/her own form from the root of his/her existence, where tradition, the concentrated expression of myths, rituals, history, geography, environment etc., plays a vital role. Due to this rootedness or difference in traditional set up every community or nation is different in their artistic expression. This is often marked as identity.

But human history is the history of strife and domination by the community or nation of higher economic and military power towards that of the weaker one. When a strong society dominates a weaker one, the strong tries to overpower the weak in the forms of art also. The identity is thus blurred. This is what happened in nineteenth century India, when the British rulers made academic naturalism the only form of expression in the art education and local community art activities. The national and traditional identity of our art was at stake.

A serious protest was raised against this since the concluding years of nineteenth century and the beginning years of twentieth century, when national movement against alien domination was gaining ground. Abanindranath Tagore was the first artist who could build up an indigenous identity of our modernity, when in 1897 he painted a series titled ‘Radha-Krishna Chitranmala’ based on traditional myth and medieval form. The movement that thus started gradually gained ground and turned to be the first movement in Indian modernity that earnestly researched for an indigenous identity. Another personality had great impact in this movement. He was E.B.Havel, a British artist, art theorist and teacher, who along with Abanindranath was the pioneer in this direction. The students of Abanindranath, Nandalal Bose and others dedicated their life in promulgation of the search for indigenous identity. The movement is known as neo-Bengal school or neo-Indian school, since it spread through out India.

The movement of neo-Indian school attained its peak during 1920-s and 1930-s. During 1940-s the temporal reality catered for more univeralisation of form. The process however started since mid-1920-s. During the subsequent period our modernity and modernism was more expanded. But the forms generated by neo-Indian school did not lose its relevance. It still exists in two ways. There are artists, who are meditatively dedicated to expand the possibility of this form. There are others, modernist in temperament and in their creation, who assimilate the form of neo-Indian style with the international art form.

In this exhibition we have tried to find how the forms of neo-Indian school are being practiced by the contemporary artists, particularly the first category. We have invited 25 artists, both senior and from younger generation also, who are dedicated in the practice of this form to create various sorts of indigenous identity. The exhibition is expected to bring out the inner harmony of the various traditions of our country that constitute the general trend of indigenousness very much different from other alien trends. 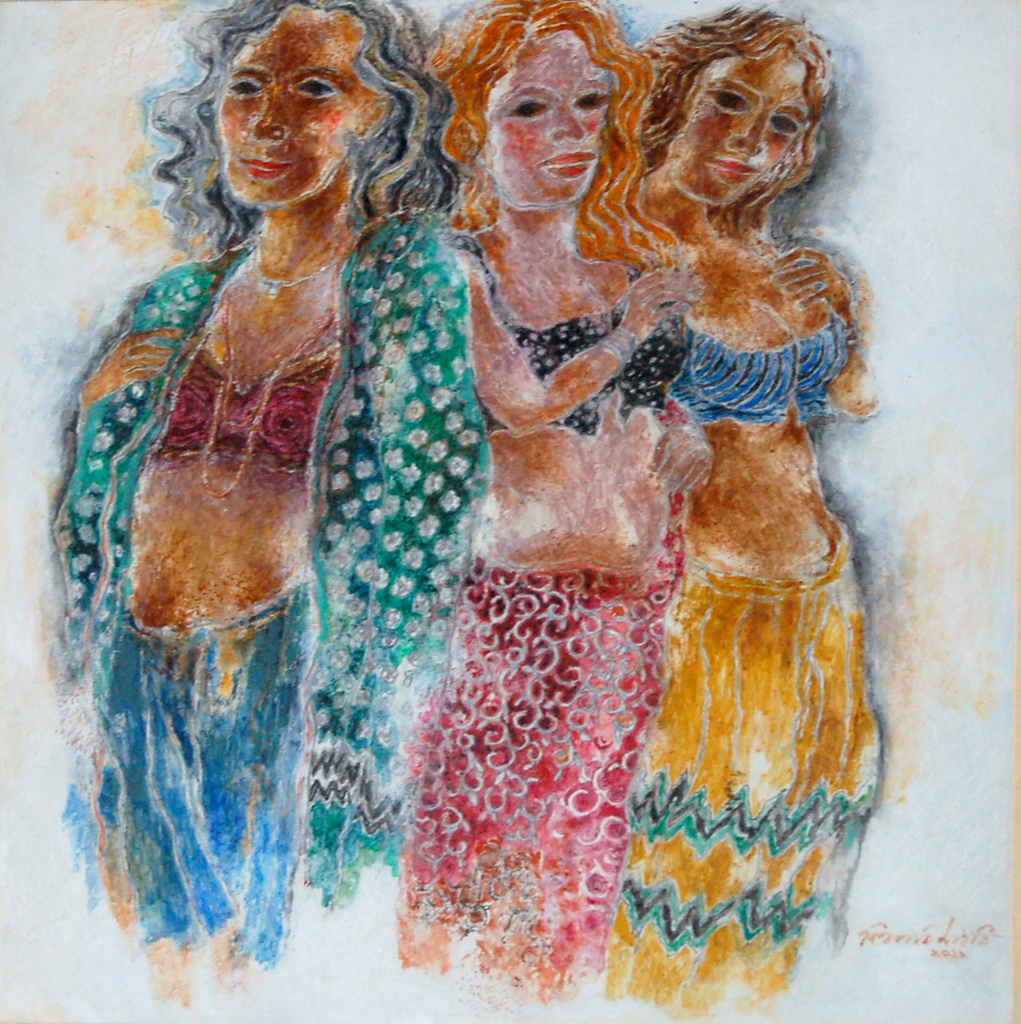 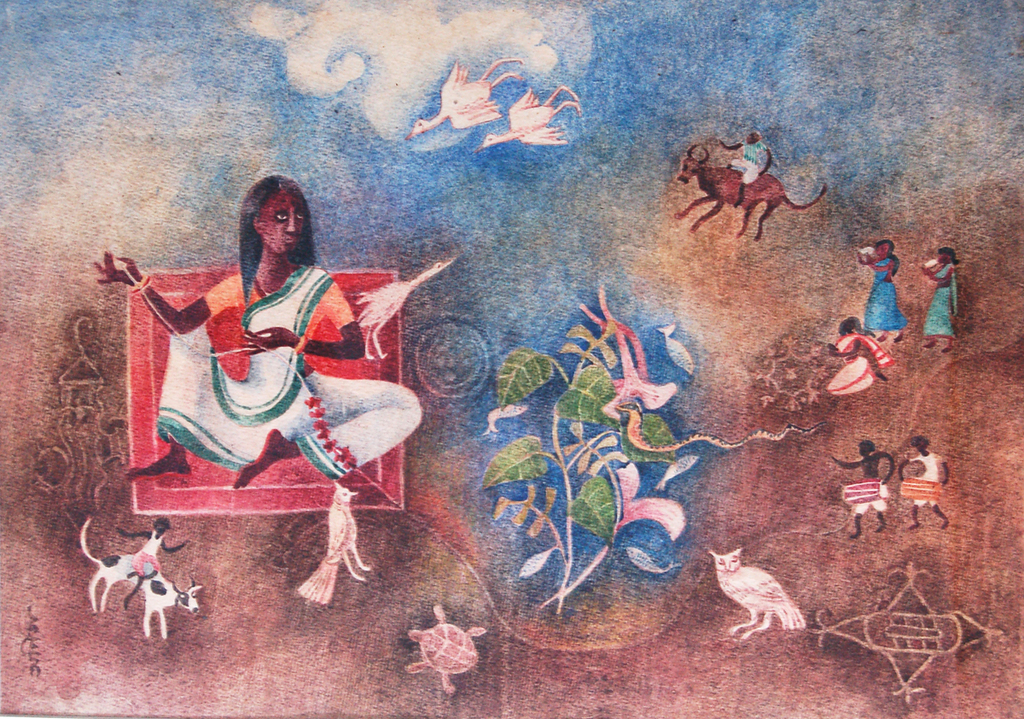 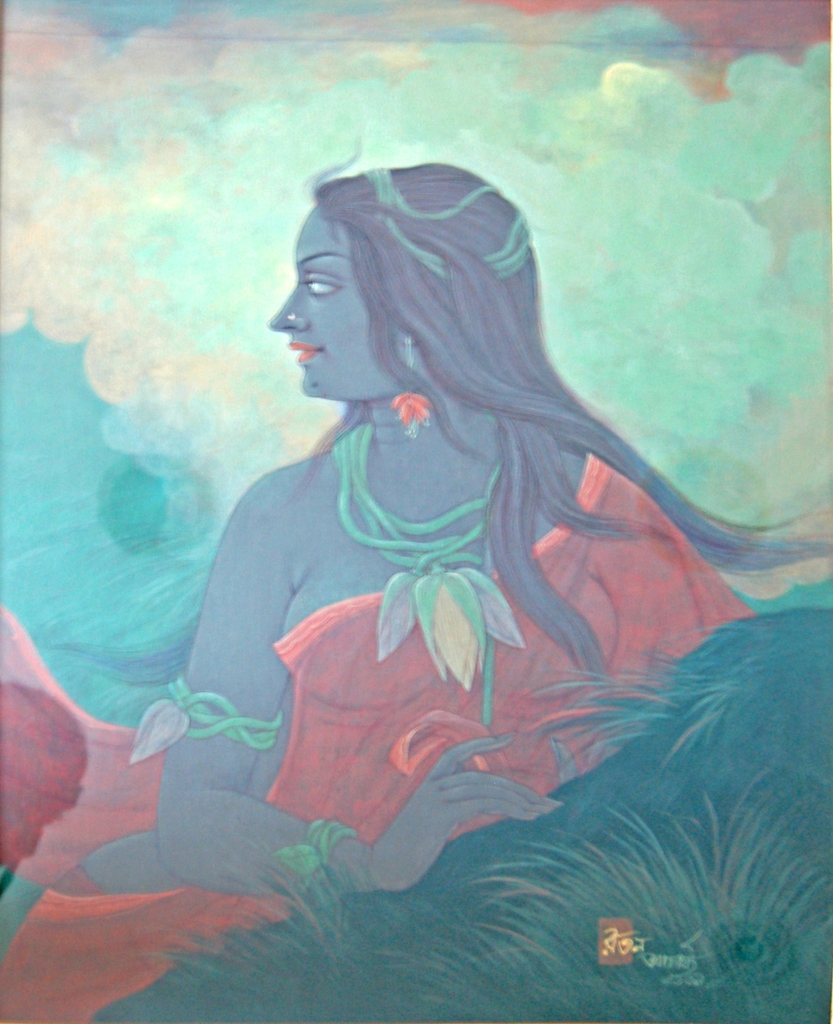