A JOURNEY THROUGH ‘GEN-NEXT’ EXHIBITIONS AT AAKRITI GALLERY - Mrinal Ghosh

Gen-Next exhibition is a project of Aakriti Gallery to find and showcase the new direction of the contemporary art by the younger generation of artists below forty of our country. The first Gen-Next show was held in 2006 from October 1 to 15 to celebrate the first anniversary of the gallery formed in 2005. In the introduction to the exhibition Vikram Bachhawat, the director  of the gallery, wrote: ‘The show brings together a mélange of image and expressions that are compelling, engaging and at the same time confrontational in its discourse with its viewers’. Apart from this the seven Gen-Next exhibitions held till 2013 achieved something more.

Art is always a reflection of reality and life-experience, tangible and intangible. During the twenty first century the realty has turned to be very enigmatic, so is the life-experience. The contradiction between progress and regression has been so confounding that the structure of the truth has shattered completely. Despite the enormous technological advancement and information boom there has occurred series of devastating incidents like 9/11, Godhra, Abu Ghraib, Iraque, Best Bakery, recent incidents in Croatia, Israel, Palestine and many others. The contradiction baffles the artists. They navigate very scrumptiously between the enlightened tradition and the bewildering reality to find their original form that reflects the flickering light of the reality of the contemporary human condition. The artists of the previous seven Gen-Next exhibitions have created their own form out of this enigmatic reality. The multiple faces and structures of their rebellion help us to identify our own being.

In the first Gen-Next the images created by Debraj Goswamy were poles apart from that of Farhad Hussain. Both resorted to fantasy, but while Debraj was critically sarcastic, Farhad was humorously jubilant, yet both were rebellious in their social criticism. Barun Chowdhury’s spiteful naturalistic delineations were completely different from Ritendra Roy’s geometrical architectural traditional representations. The world of child fantasy in the sculptures of Subrata Biswas was also a kind of benign rebellion though very distant from the expressionist vigor of the sculptures of Debanjan Roy or Akhil Chandra Das. The 27 artists represented in the first Gen-Next are all now important figures in contemporary art scenario.

Gen-Next II held in October 2007 was broader both in vision and expression. Forty artists below forty from different part of the country participated. Vikram Bachhawat in his introduction indicated it as ‘a show where imageries engage viewers to respond to new age visual language’. Creating this ‘new age visual language’ has been the prime feature of the Gen-Next exhibitions. Expressions of Gen-Next II exhibition were diverse in nature emanating both distant echo of indigenous tradition, naturalistic form and expressionist rebelliousness to bring out the hard core reality. The paintings of the woman artists like Anasua Chakraborty, Balaka Bhattacharya, Nabina Gupta, Sumana Ghosh, Rupal Dave, Madhury Khate and Krishna Sardar projected various directions of how a sense of sublime works within the life. Among the sculptors the diversification was much varied. The terracotta of Sujit Kumar Karan and Surajit Samanta, fibres of S. Gopinath of Bangalore, ceramic of Pallab Das reflected various forms of traditional expressions. Tapas Biswas appeared in this show with a new design of structural abstract forms, which by now has placed him as a very important sculptor of the country. Tarun Maity’s wood-works emanated humerous reality. Chandan Bhandary and Chandan Das also brought new direction in form. In painting sobriety of Abdul Salam was in opposite pole of the expressionist scream of Apu Dasgupta. The abstracted reality of Debashis Barui was poles apart from Avijit Dutta or Ankur Khare of New Delhi. Sourav Jana, Somnath Adhikari, Somit Gupta, Shyamal Roy Chowdhury, Sandip Daptari, Rishav Gandhar Narzari, Mithun Dasgupta, Jayanta Kumar Paul and Dipak Kundu created forms out of diverse experiences. Every one could surpass the conventional trends.

Gen-Next III held in 2008 was international in character featuring forty artists, out of which eleven was from foreign countries. According to curatorial statement ‘Gen-NextIII encapsulates a panoramic vision to build up and bring together a global generation who will be leaders next to give novel direction to the art world’. Out of forty there were eleven women artists, seven from India and four from abroad. Photography and video was included in this show. There were eight sculptors. 3.46 min video of Suman Kabiraj titled ‘Time and Space’ and 3.51 min video by Sian Amoy from USA added new dimension to the show through subtle handling of audio-visual expression. Apart from USA there were artists from Pakistan, Bangladesh, Jamaika, France, Austria, Brazil, Canada, Poland and Italy. The show revealed that the vision of young artists has changed substantially. Formal experimentations of the third Gen-Next artists were exciting.

Gen-Next IV held in 2009 was also international in character. Among thirty-four participants, apart from India, there were artists from Pakistan, South Korea, Hungary and USA. This exhibition also showed a 2.5 min video by the woman artist Jayashri Abhichandrani from Brooklin, USA, who made the video on the music and performance of Mohammed Fayyaz from Pakistan, who sought asylum in the USA on grounds of sexual orientation. The photographic C-print of a sculptural installation by Huma Mulji from Pakistan highlighted ‘the embedded irony’ of living in a third world country with extensive tradition. Within such post-modern attitude the exhibition also showcased a unique painting by Soma Das featuring forms of Neo-Indian school. Besides this there was an expression of opposite pole by another artist, Priyanka Lahiri. The painting titled ‘Horror’ was a symbolic manifestation of world wide terror. There were few examples to show how the works of young artists traverse through tradition also.

Gen-Next V held in 2010 showcased eightyone works by thirtytwo artists from India and abroad. There were artists from Pakistan, U.K., Croatia, China, France, Italy and Lithuania. Traversing beyond the conventional form was the prime feature of the expressions of the artists. Vinita Dasgupta titled one of her digital print and acrylic on canvas ‘Ab Goli Kha’ meaning ‘now you eat bullets’. The painting showed scattered bullets on one side of the picture space, on the other side there were a few doves, the symbol of peace. The connotation of the contradiction between violence and non-violence, war and peace was very clear. Buddhadeb Mukherjee’s linear works titled ‘Byronic Hero’ and ‘Claustrophobia 2’ were special kind of abstractions indicating intrinsic violence. Apart from serious practice of ‘alternative art’ in conventional form also there was perceptible change in the works of young artists, both in use of medium and construction of images.

Fantasy of multifarious style was the features of the works of nine artists represented in the seventh edition of Gen-Next held in 2013. Only one artist Leah-Nicole Torbay was from abroad. The other eight Indian artists were Jayeeta Mukherjee, Jayeti Bhattacharya, Jaydeep Bhattacharjee, Prashanta Ghosh, Soma Das, Subhamay Dutta, Supriya Polley and Surajit Sarkar. Surajit Sarkar’s sculptures in glass were unique experimentation in form. Soma Das’s ‘Bongaon Local’ in guache on Nepali paper was an enlightened example of the study in the style of neo-Indian school. The subject is very much realistic. It shows the rush of the common people in local suburban train. But the form is combination of classical and folk. The experimentation is praiseworthy.  Jaydeep Bhattacharjee’s ‘Creator II’ turned mythical into modernist.

The seven editions of ‘Gen Next’ presented during the span of eight years have posited the inner strain within the contemporary life, also the struggle of the artists to find its suitable form through assimilation of traditional, modern and post-modern. Most of the artists represented in different phases of ‘Gen Next’ have been established as important practitioners in contemporary art. ‘Gen Next’ is now an important platform for the upcoming artists. 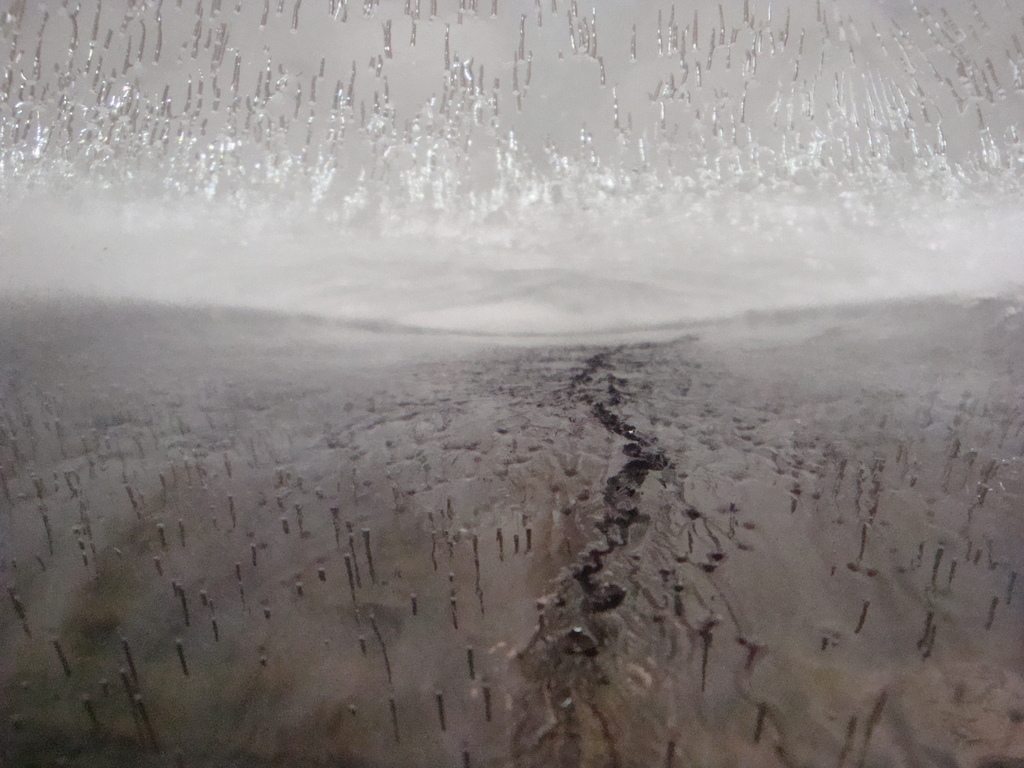