The World is Only a Fable - Nanak Ganguly

“What is creation? It is making of new life. If what is made is not new, it is imitation containing no element of novelty to stimulate attention. If it is not fully alive, it can transmit only a feeble anaemic message to others. For, the thrill of the artist’s creative act must of necessity be transmitted to his audience as a sort of reflection from the image he has created.”-          Pran Nath Mago…

GenNext VIII comes to Delhi for the first time.

One of the key initiatives of Aakriti Art Gallery is the constant search for unexplored territories in modern contemporary art beyond boundaries. Over the past ten years Aakriti has thrived to provide a platform for fresh young artists whose works reflect originality and resonate a voice for the new generation of artists.
GenNext, the annual show was conceived in 2006 to create a platform for young artists to showcase their talents. The past seven…

“Time is a companion that goes with us on a journey. It reminds us to cherish each moment, because it will never come again. What we leave behind is as important as how we have lived.”

Decorative artifacts and period furniture add a personality to your home.  These objects serve as a trip down memory lane.  In a modern home, these objects add a sense of aesthetic and beauty. Each piece has a story, a song of nostalgia along with it.The upcoming exhibition of…

The process of printmaking is an intensive process; forms originate from crevices, transforming ink blots into a creation of rare beauty. Each print retains an element of originality, rather than being photographic reproductions. The variables intrinsic to the printmaking process deem every print as an ‘original. A unique image is created through the unique process. Aakriti Art Gallery Delhi presents’ Hyacinth Shadows’, a collection of rare prints of masters and young upcoming talent.…

Whether art caters for indigenous identity is a debatable question. Particularly to-day in the age of…

An indigenous identity to visual art, in the current world of pluralities and multiple identities is a debatable question. Visual art transcends linguistic barriers and speaks a common tongue, giving a voice to communities to express their cultural histories. Due to this rootedness or difference in traditional set up every community or nation is…

"Art is everywhere, except it has to pass through a creative mind."

The seductive and vibrant colours of a painting demand your attention; it takes you to the artist’s world which is a chaotic universe, yet is calming nevertheless. Art is what beholds in the eyes of onlooker, which might seem as an endless road to some, the start of a journey to another or an endless road. The pursuit of owning great works of art should not be limited. The pleasure of living with, and savoring great…

The present is often not enough for the romantic; the bygone era has a certain appeal to it. The obvious appeal of arts and collectibles is that they tell a certain story and transports the owner to a more perfect world from the past. ‘Legacy’ is the house of decorative arts, collectibles and hand crafted furniture in Kolkata. The new exhibition of furniture and decorative arts at Legacy is a tribute to nostalgia and beauty. It would feature timeless objects of decorative art of bygone eras…

Discussion on the life and works of Ramkumar

The ongoing exhibition at Aakriti Art Gallery,’ Drawings of Ramkumar’ features previously un-exhibited works by the eminent artist made during the early 60s. The show was curated by Sri Prayag Shukla and was inaugurated by Gagan Gill, sister in law of the artist. The gallery hosted a discussion on the life and works of Ramkumar on 2nd August’ 2014.The interactive session was moderated by Sri Prayag Shukla. The speakers included Pranab Ranjan Ray, Nanak Ganguly, Jawahar Goel and…

Aakriti Art Gallery believes in representing a broad spectrum of visual language , style and concepts to reach out to the art community and beyond. It has always been our endeavor to increase awareness, understanding and appreciation of art forms.

With this idea in mind the new website has been constructed to equip the art lover . The new updated website along with the collection has several new sections which would include ‘Collectors Corner’, ‘Evaluate’, ‘Deal’, ' Affordable…

Aakriti Art Gallery proudly presents the show of more than sixty drawings of eminent and  senior most artist Ramkumar from August 1-30, 2014, at the Gallery premises, 12/3A Hungerford Street, Kolkata, 700017. His works are being…

GenNext’, the Annual Exhibition of Aakriti Art Gallery held every year in the month of October, was conceptualized as an initiative to set up a fresh focus on the contemporary art where the pathfinders to enunciate this project would be the young generation. The focus here is on the works of young and upcoming artists and their interpretation of contemporary issues through art.

The first GenNext was held in October 2006. The real…

ENGAGING WITH A CHANGING LANDSCAPE Say no to fakes Aakriti Art Gallery proudly presents the show of more than sixty drawings of eminent and  senior most artist Ramkumar from August 1-30, 2014, at the Gallery premises, 12/3A Hungerford Street, Kolkata, 700017. His works are being displayed in Kolkata after two decades or so, and this is a rare opportunity for the art-collectors and art-lovers to be in-front of these… 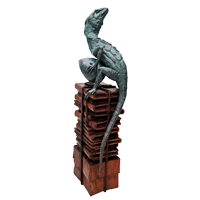